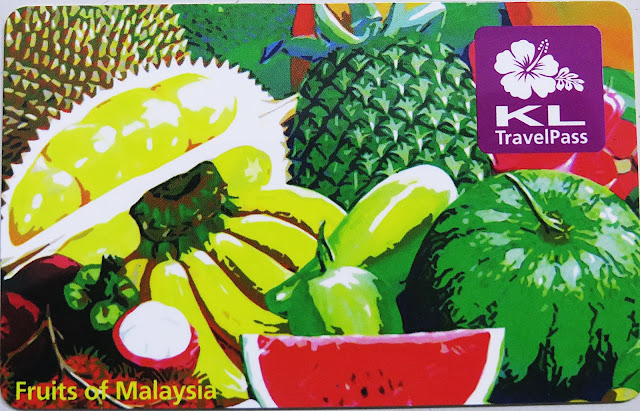 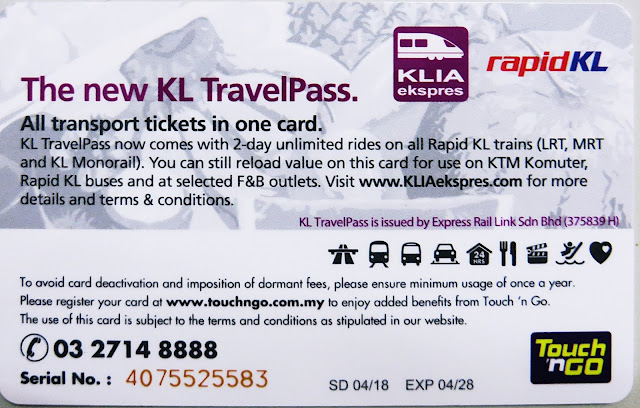 DAY ONE: A friend said she was stopping over in Kuala Lumpur for a couple of days enroute to Australia and asked if I could take her around the city.
Frankly, it’s been quite a long while since I spent time exploring KL, so I thought this would be a good opportunity to do so. At KL Sentral to buy tickets for the ERL to the airport, I saw an advert for the KL TravelPass card.
This smart payment card includes KLIA Ekspres airport transfer for a single or return trip at RM75 and RM120 respectively as well as two consecutive calendar days of unlimited rides on RapidKL rail services. That sounded great as the rides covered MRT, LRT and Monorail lines. 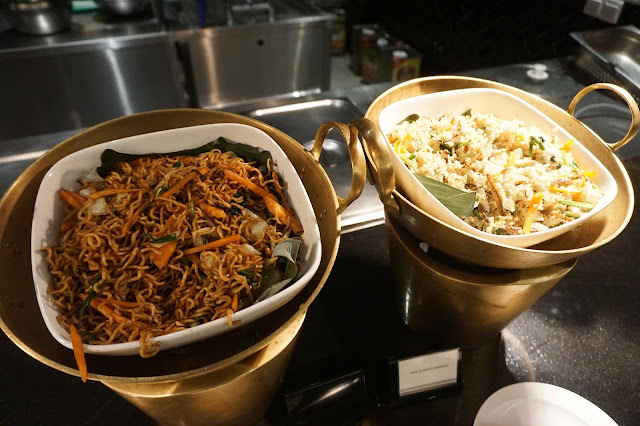 Jay couldn’t be more thrilled. We took the Ekspres train from KLIA back to KL Sentral where we hopped onto the LRT for Dang Wangi station. This was just a three-minute brisk walk to Hotel Stripes in Jalan Kamunting. After she had checked in, we were ready to roll. One word of advice: Use the Special Lane when entering and exiting the rail stations.
We took the LRT to Pasar Seni and exited at Jay’s favourite hunting grounds: Petaling Street. We grabbed a quick lunch at Kim Lian Kee, famous for its Hokkien Char or black fried noodles. Then we strolled down Petaling Street to browse through the stalls stocked with colourful bags, fridge magnets, watches and get some street food such as mua chee (glutinous flour bits tossed in crushed nuts), roasted chestnuts, candied fruit and pork jerky before washing it all down with Air Mata Kucing (or lor hon kor) and soya bean drinks at the Petaling Street/Hang Lekir intersection.
We even dropped in at Guan Di Temple, dedicated to the God of War and Literature, General Guan Yu. Across the road was Sri Mahamariamman Temple, the oldest Hindu temple in KL, built in 1885. An ornate gopuram (arch) tower gateway was erected much later.
Then it was back to the Pasar Seni station to ride the MRT to Muzium Negara. Opened in 1963, the grand impressive building, with its Minangkabau roof design and glass mosaic murals decorating the outside walls, never fails to leave me breathless.

The four galleries – Prehistoric, Malay Kingdoms, Colonial Era and Malaysia today – have been refurbished and updated. With minimal entrance fees charged, this is definitely a must-visit. Outside the building, an outdoor display area showcases old cars, funicular train and old steam locomotives. Do allot at least 1.5-2 hours to really appreciate the various exhibits.
Fast facts: Museum Negara. Opens daily, 9am to 6pm. Entrance fees for Malaysians are RM2 (adult), RM1 (senior citizen), Free (student in uniform and child under 12); Non-Malaysian are RM5 (adult) and RM2 (child aged 6-12). Find out more at http://www.jmm.gov.my/en/museum/muzium-negara 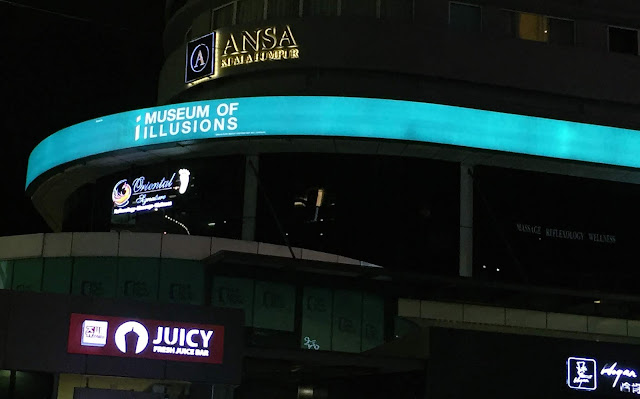 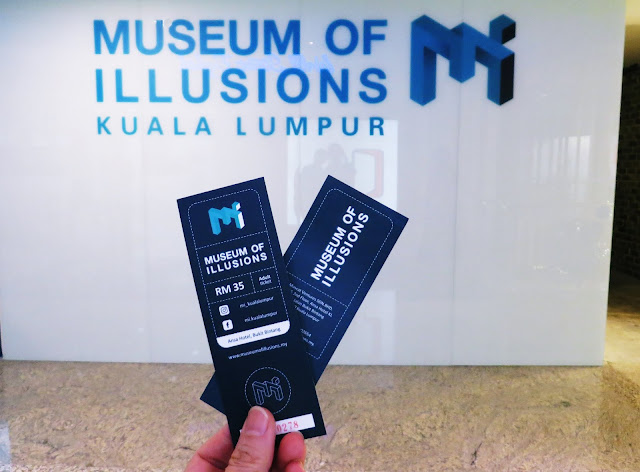 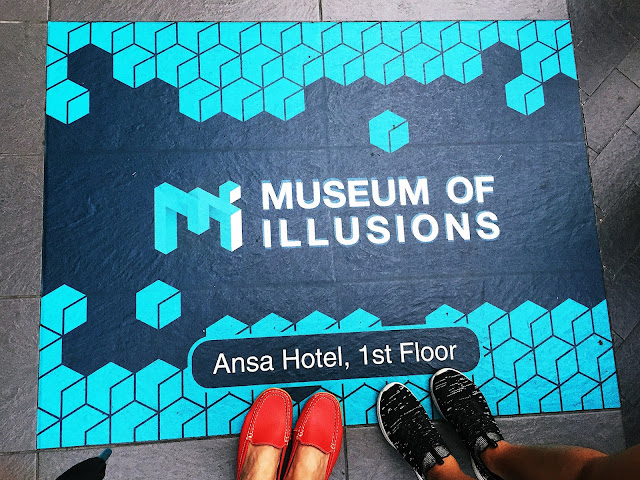 From the Museum, the MRT goes all the way to Pavilion Kuala Lumpur. “So convenient,” purred Jay. “I don’t even have to worry if I have enough ringgit for taxi fare.” Yup, it’s unlimited rides for 2 days and KL TravelPass card holders can top up the cash value thereafter if required.
We alighted at Pavilion KL for a well-earned fruit juice at Farenheit Mall before making our way to the spanking new Museum Of Illusions where nothing was quite what it seemed. We had a terrific time seeing things from a different perspective, both fun and deceptive at the same time. Located on the first floor of Ansa Hotel, this is an interactive place where you can escape into the world of illusions, holograms and intriguing experiences. Step, if you dare, into the Vortex Tunnel or the Gravity Room.
Fast facts: Museum of Illusions KL: Opens daily, 9am to 11pm. Entrance fees for Malaysians are RM35 (adult), RM25 (aged 5-15) or RM90 (2 adults, 2 kids) and for non-Malaysians are RM45 (adult), RM35 (aged 5-15) and RM120 (2 adults, 2 kids).
After having had our brains twisted and toyed with for an hour, we stepped back to reality and made our way to Hutong Lot 10 to regain a grasp on the real world with a Macau Pork Chop Bun. This was so succulent and tasty that we couldn’t help licking our fingers. This non-halal food court at the basement of Lot 10 showcases heritage food brands from wantan noodles and char kway teow to beef noodles, dim sum, durian ice cream and more. 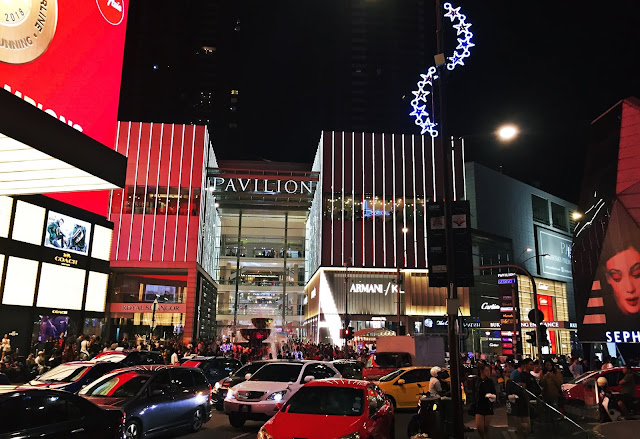 For halal food, there are lots of choices at Pavilion KL (across Jalan Bukit Bintang) where you can get dim sum, Korean fried chicken, Thai cuisine, local choices and even non-halal eateries such as Wong Kok Char Chan Teng where we slurped on noodles with Sichuan vegetables and minced chicken, followed by French toast stuffed with peanut butter. 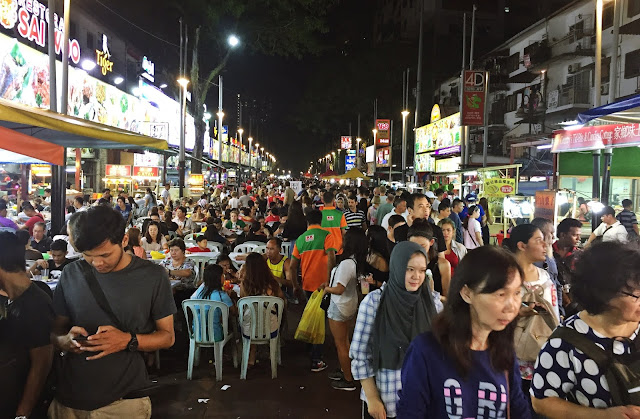 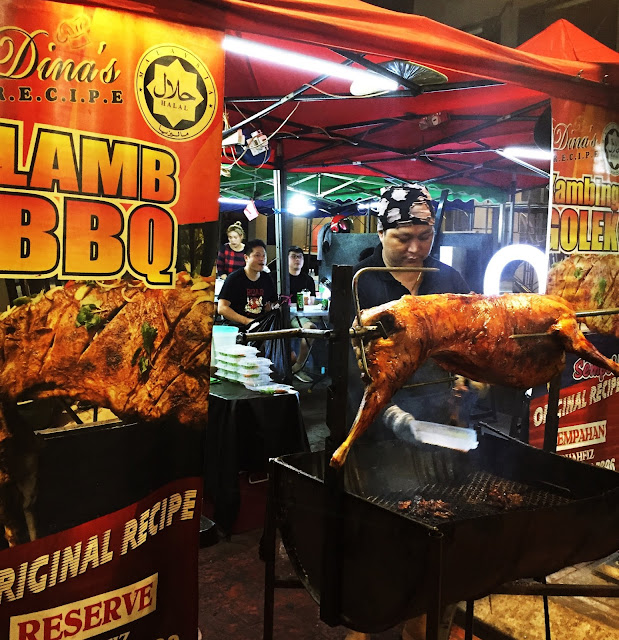 Tummy growls appeased, we decided we’d do the Jalan Alor-Changkat Bukit Bintang tourist trawl. Jalan Alor was jam-packed with hungry tourists, so we beat a quick retreat instead to the bars and restaurants along Changkat Bukit Bintang. We found an empty table at The Whisky Bar where we ordered drinks and sat down for a spot of people-watching. 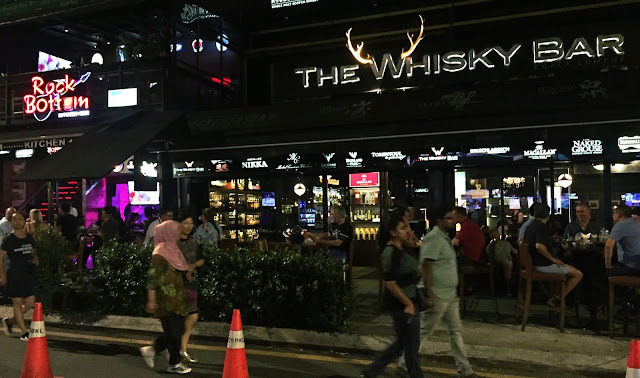 The pace picked up as the night grew and soon we were feeling the heat, so we decided to call it a night. We took the MRT to Pasar Seni and boarded the LRT to Dang Wangi and back to the hotel to plan our next day’s adventures.
DAY TWO: 6am. Woke up before the cock crowed and grabbed a coffee at Brasserie 25 next to the reception counter before we headed for Dang Wangi station to take the LRT to Pasar Seni where we switched over to the MRT for KLCC. Such a breeze. 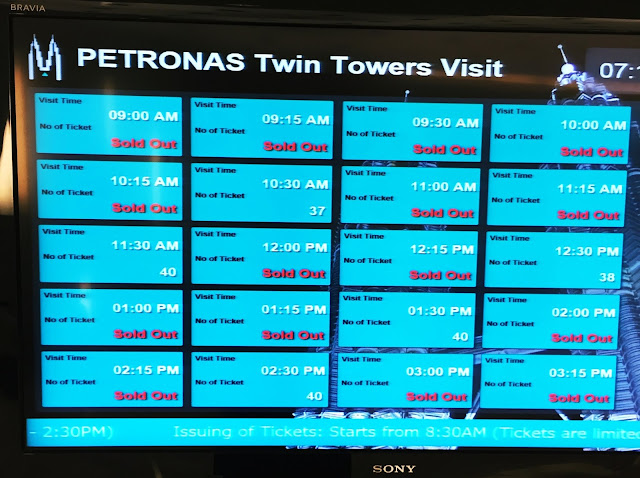 At 7.15am, we’re at the concourse of Petronas Twin Towers where we joined a short queue for tickets to Skybridge. The counter only opened at 8.30am but already, most time slots were sold out and the earliest slot available was for 10.30am. In the meantime, the queue was growing steadily.
After buying the tickets, we decided to stop for a proper breakfast. Not many shops were open at 9am, and since Jay couldn’t eat hot stuff like nasi lemak, we stopped at Nyonya Colours to nibble on local kuih muih, washed down with hot coffee. 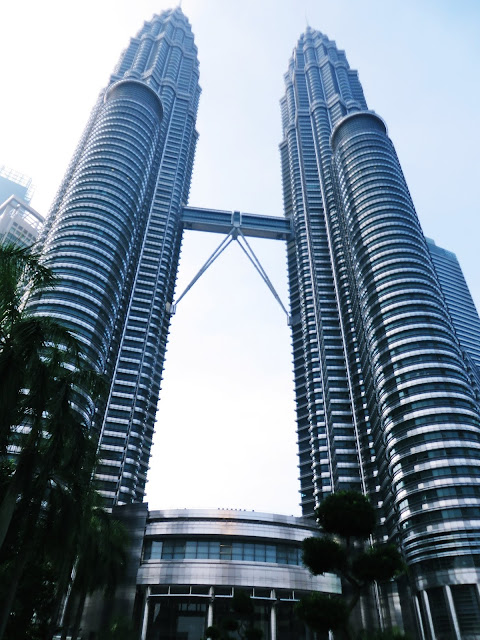 At 10am, Suria KLCC had shaken off the lethargy of the early morning in readiness for a brisk day, and we spent the next hour browsing through some of the shops for shoes and bags. 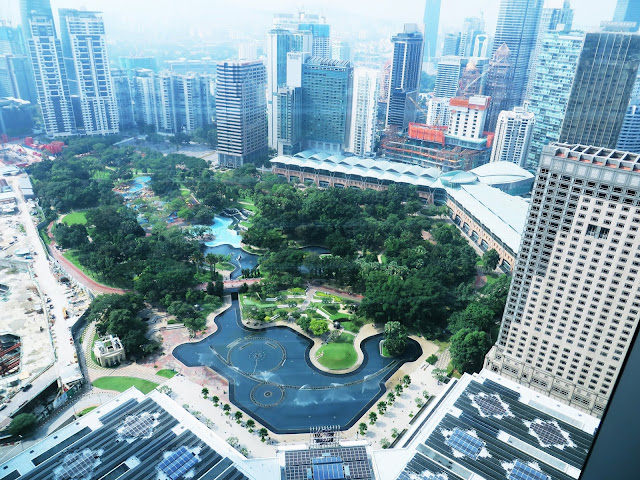 At 10.15am, we were at back the entrance to Skybridge, feeling really excited as this was our first time there. I must admit I found the Observation Deck on the 86th floor more thrilling than the Skybridge on the 41st floor. Allow about an hour for the complete adventure, taking pictures and admiring views of the city laid out under our feet.
That done, it was time to grab a light lunch and then head back to Hotel Stripes to check out as Jay had a plane to catch later that afternoon. But no worries; she could use her KL TravelPass card to take the KLIA Ekspres for the 28-minute ride to the airport. As for myself, I waved her goodbye at KL Sentral and then, using the KL TravelPass card, took the LRT for home.
The weekend escapade was a breeze, thanks to the convenience of unlimited rides on all Rapid KL rail services for the 2 days.
Price: RM75 and RM120 – includes KLIA Ekspres airport transfer for a single or return trip respectively (valid for one month from date of purchase) and two consecutive calendar days (not 48 hours) of unlimited rides on RapidKL rail services.