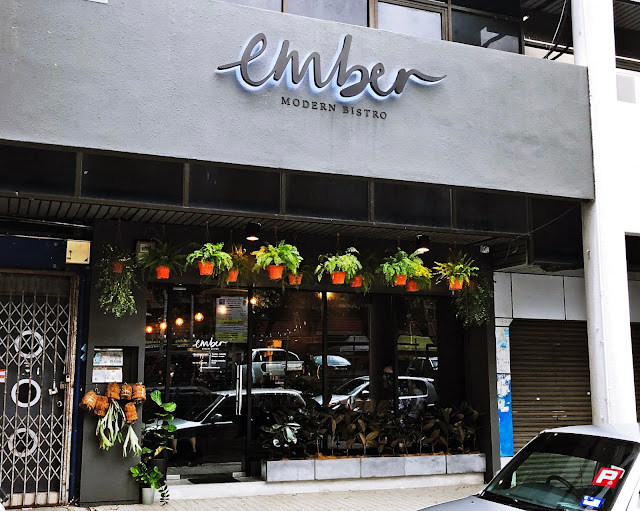 I attended a Wolf Blass Masterclass and dinner recently at Ember Modern Bistro in Jalan Wan Kadir 1, Taman Tun Dr Ismail, Kuala Lumpur.
On December 15, Ember Modern Bistro will hold a 6-Course Dinner with Wolf Blass wine pairing at RM250++ per person. Time: 7pm.
Sam Stephens, wine ambassador for Treasury Wine Estates, was already in the house. He said Asian food and wine go together better than most would expect.

In an experiment to find out more, Wolf Blass wines partnered with four Michelin-starred chefs across Asia and the answer, it seemed, was in the sauce. Since the sauce is usually the dominant flavour in any dish, this is where great wine pairings should begin.
“Today we are tasting four sauces conceived by four Michelin-starred chefs which really celebrate the diversity of sauces and styles of food we get across the South East Asia region,” said Sam.
He admitted that wine is very much a matter of personal taste. “What you prefer, what I prefer may differ… like music, art… what you see and appreciate can change from person to person and there is no right or wrong with that,” he added. 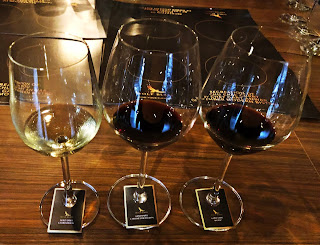 Set on tables in the front part of the year-old restaurant, were glasses filled with three Wolf Blass Gold Label wines: Chardonnay, Cabernet Sauvignon and Shiraz.
We would be having all three wines with the four sauces offered with one common ingredient, duck meatballs. Sam asked that we try the four sauces with all three wines to find out for ourselves what worked and what didn’t.
First was a garlicky, nutty Basil Pesto sauce from Chef Lam Ming Kin of Longtail, Taiwan, followed by a sweetish oyster/soya sauce-based Chu Hou sauce from Chef He Hong Pin of Da San Yuan, Taiwan.

Then we went on to dinner, prepared by Ember’s Chef Gary Anwar. The first course was corn chip smeared with smoked yoghurt & caviar, shiso and a sliver of sengkuang stuffed with avocado mash and romaine lettuce with pistachio and lemon.


This was followed by translucent slices of raw hamachi tossed in ponzu and served with pickled apple and ulam raja. The pickled apple gave the dish a zesty lift and the ulam raja did not, surprisingly, overpower the delicate fish. This went well with the rich elegant palate of the 2017 Wolf Blass Gold Label Chardonnay, with its melon aromas.

Then it was steamed senangin on mushroom pickled with asam keping and an amazing smoked fish sauce that Gary said was made with fish bones that had been smoked over a period of two months. But I found the sour taste of the pickled mushrooms a tad disturbing. With this, we had 2016 Wolf Blass Gold Label Shiraz, which I felt was a little too rich and intense for the fish. It seemed to fare better with the Chardonnay.

The third main course was striploin with potato puree, sansho butter and sautéed four-angled beans. It sliced to show a lovely pink centre and everyone ooh-ed over how tender it tasted. This was paired with a 2016 Wolf Blass Grey Label Shiraz, which Sam said was richer than the Gold Label Shiraz, and had a greater intensity of aromas.

Finally, to cleanse our palates, Gary offered elderflower ice on bunga kantan cream, topped with longan. A sprinkle of finely sliced bunga kantan completed the ensemble. Not your regular sorbet but the fragrance of bunga kantan proves to be most refreshing.