In September, we took advantage of the weekend RM5 per plate dim sum promotion at Celestial Dynasty in Kelab Pelangi, Section 19, Petaling Jaya. Pleased with the fare, we decided to have dinner there recently when we wanted to celebrate a friend's birthday. 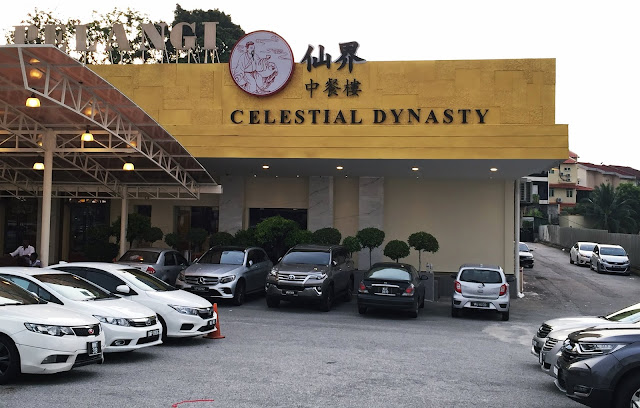 Since there were only 10 of us, we dined in a private room but I took a peep at the main dining hall which was beautifully decked out for a wedding dinner the next evening. 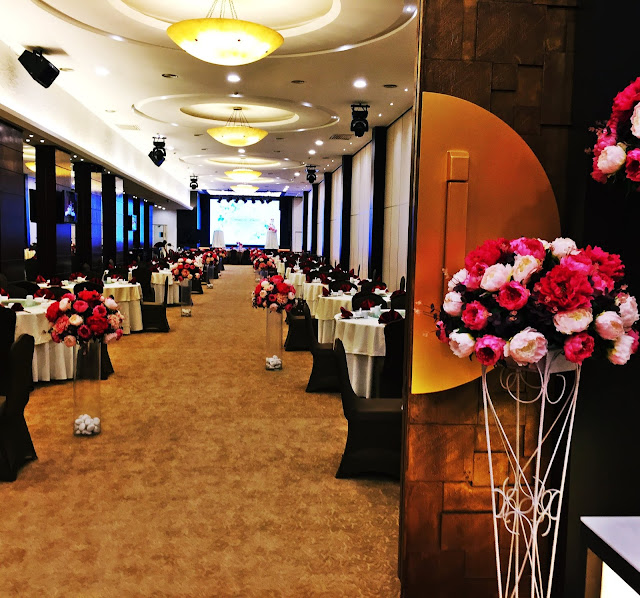 For the dinner, we settled on the 9-course Summer Scent banquet menu and what a feast it turned out to be. First came a four-tier Summer Platter. Right at the top was fresh scallop, sweet pea, capsicum, onion, carrot and celery stirfried in a mild tom yam sauce.
The plate below held slices of smoked duck on a small mound of marinated jellyfish and under this was the third tier of fu chuk (beancurd skin) roll filled with fish paste, salted egg yolk and semi-dried oyster. At the bottom tier were Chinese soupspoons filled with a fat pork dumpling.
This was followed by soup, a rich brew bursting with the flavours of the ingredients. There’s abalone, scallop, fish maw, shitake mushroom, chicken and xiu bak choy. Soup is served piping hot in individual serving bowls. It’s slurpilicious to the last drop.
A roasted meat platter came next, a double treat of half a roasted duck and half a suckling piglet. The duck meat was soft and juicy but the surprise was the piglet. I took one bite and… wait a minute… there was the distinct aroma of curry spices. This was the first time I had suckling piglet marinated in curry spices. Quite endearing as the chef had cleverly underused the spices as too much would have overpowered the subtle flavour of the piglet.
While the skin is crisp and crunchy, the meat is good too. Delicate, smooth as silk, with a light lactose flavour of an unweaned animal.
From meat, the menu continued with seafood, starting with a pair of pomfret steamed in superior soya sauce and topped with fried radish, dried prawn, deepfried julienned ginger and chopped scallions. The fish was fresh and really didn’t need much to bring out its sweetness.


Prawn was deepfried and coated in salted egg yolk sauce. Unfortunately, I have never learnt to appreciate unshelled prawn as I find the sauce tends to stick to the shell instead of the flesh. But I must admit the crustacean was crunchy fresh and sweet.
When the next dish of Braised Superior Seafood & Abalone was served, my eyes grew big at the treasures corralled inside a circle of emerald green broccoli florets. Right on top were whole abalones and dried scallops sitting on top of thick shitake mushroom, fish maw and sea cucumber. Holding everything together was a rich oyster-based sauce.
Frankly, we were quite full but for those who still had stomach space for more, we were offered fried glutinous rice with chopped Chinese sausage, dried shrimp, mushroom, yam and roasted pork… wrapped in lotus leaf and steamed. This was good and all that was needed to make it perfect was perhaps some fresh red chilli.
But wait. There’s dessert. Triple treats, actually. First, we nibbled on mochi stuffed with peanut butter instead of crushed peanuts. The peanut butter added a slightly salty flavour that elevated the mochi up a notch or two on the taste ladder. 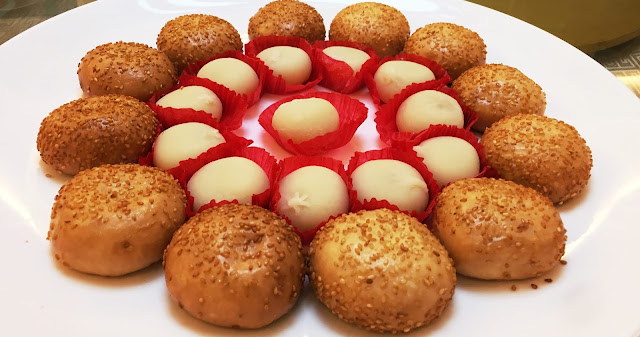 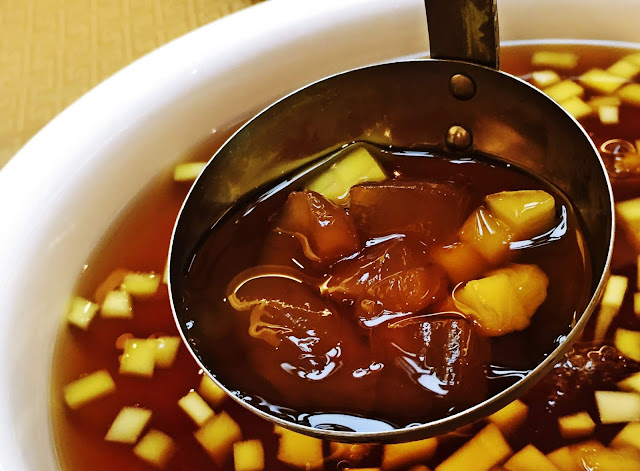 Then there was deepfried sesame bun and to wash it all down, a sweet broth of sea coconut, aloe vera and freshly diced mango.

Opening Hours
Lunch Monday to Saturday: 11am to 3pm
Sunday: 10am to 3pm
Dinner Daily 6pm to 10pm

Parking
Open car park in front of restaurant or on roadside